Mao-Bin Shen obviously cannot get enough of dogs. Mao started volunteering to walk dogs in January of 2020, shortly after one of his dogs passed away in 2019.

With so much room in their home and only having a senior toy poodle, he and his wife Denise thought, why not foster?

Last year, they fostered a total of six dogs. A senior dog, Shiba, became part of their family in March of 2020. However, they continued to foster five more dogs in 2020 despite now having two dogs.

While they have loved all of their fosters, a couple became absolute favorites.

“Over the summer, we fostered a beagle mix that was adopted by an art student,” Mao says. “The dog has his own Instagram page so I get to follow him. He is living a great life and having lots of fun.”

Their most recent foster was a very large pit mix named Boozy. He is now living his best life on a horse farm.

“I thought fostering would be tough, especially when the foster gets adopted,” Mao admits, “but when they get a new home, it is the happiest and saddest part. We miss them, but we have helped a dog in need and we have helped people get a new family member.”

Mao also volunteers to help with virtual adoption classes for other foster dogs. “Doing the classes is very rewarding. I get to welcome a new dog to someone’s family and see/hear how excited they are to bring them in,” Mao says

Mao and his wife actually adopted another one of their recent fosters, Applejacks, because Mao acknowledges, “I really wasn’t sure Applejacks was going to be adopted by anyone else.”

Applejacks is a “handful. He is young and energetic with some behavior problems.” That being said, Mao is quick to add that the Training Enrichment Team is always available to help.

“Everything from emails to videos to in-person consultations— BARCS is there every step of the way,” he says. Mao takes Applejacks to BARCS a couple of times a week so he can play with other high-energy dogs as well as learn some social skills. “As soon as I open the car door, Applejacks heads straight to the play yard,” Mao says. “He loves it.”

BARCS also hosts “Virtual Happy Hours” for foster families so they can get together for support and socializing. “It has been great connecting with various fosters and talking about our experiences and giving each other tips on things that have worked well,” Mao says.

Mao has advice to any potential foster: “Don’t be afraid,” he says. “BARCS has the resources to support you and will also pick out the right dog for you to foster. They really work with every family to make sure the foster is a good fit. I have enjoyed every dog we have fostered.” 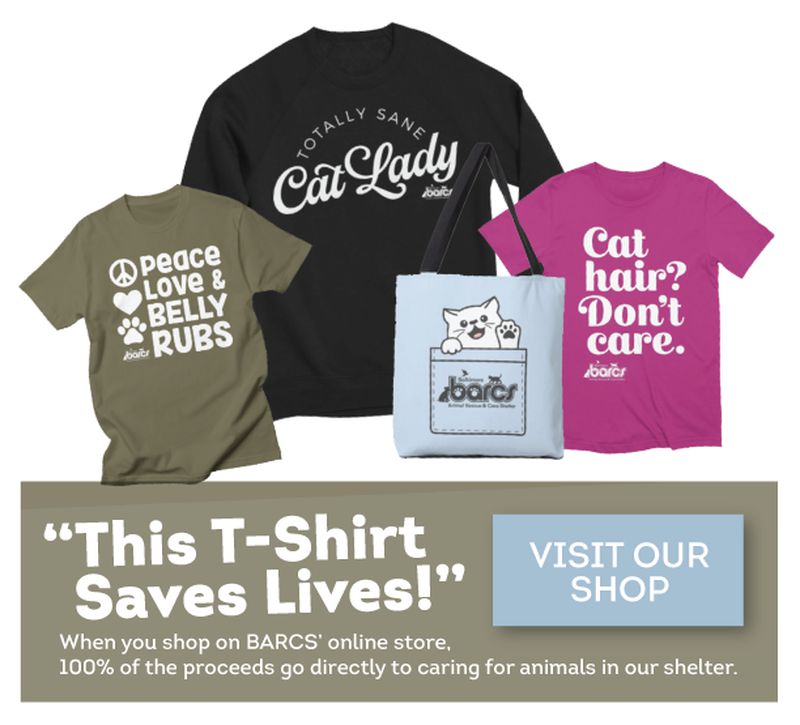